Big Data, Cyber Security, and Privacy: Can we have all three?

On Monday, October 23rd, Prof. Tom Kurfess of Georgia Tech is coming to campus to be a speaker 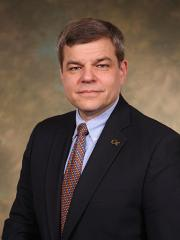 within the Society & Technology Residential College. He will also be giving an evening talk at 7:00 p.m. in Olin 268 entitled “Big Data, Cyber Security, and Privacy: Can we have all three?”

Prof. Kurfess will be speaking about his observations as both an engineer and a public policy advisor. Although is research at Georgia Tech is primarily focused on manufacturing engineering, he has held previous positions at Carnegie Mellon in the Department of Engineering and Public Policy, and in the Office of Science and Technology Policy as the Assistant Director for Advanced Manufacturing in the Executive Office of the President during the Obama Administration. He continues to serve as a congressional policy advisor. Below is more information about both Prof. Kurfess and the focus of his talk.

Who: Tom Kurfess, Professor of Mechanical Engineering at Georgia Tech and former Assistant Director for Advanced Manufacturing in the Office of Science and Technology Policy in the Executive Office of the President during the Obama Administration.

Topic: “Big Data, Cyber Security, and Privacy: Can we have all three?”

Every day data are generated all around us. Much of the data appear to be quite innocuous, but in many instances the sources of the data are people. In this talk a few examples of everyday actions that we take for granted are discussed and how even those actions provide significant, and valuable, information about each individual. This talk will simply touch the surface of some of these unassuming and very common practices of personal data collection, and discuss the value of the data, as well as the potential pitfalls of having such data available to the community. You may be surprised at what can be gleaned from the billions and billions of sensors that are out there, watching everything that you do and feeding that information into some of the largest storage and computing systems that have ever been built. If that does not give you a reason to stop and think, then perhaps the fact that billions more sensors, more storage and significantly more computing power are coming on line in the very near future.

During 2012-2013, Dr. Kurfess was on leave serving as the Assistant Director for Advanced Manufacturing at the Office of Science and Technology Policy in the Executive Office of the President of the United States of America. In this position he had responsibility for engaging the Federal sector and the greater scientific community to identify possible areas for policy actions related to manufacturing. He was responsible for coordinating Federal advanced manufacturing R&D, addressing issues related to technology commercialization, identifying gaps in current Federal R&D in advanced manufacturing, and developing strategies to address these gaps.

Professor Kurfess has served as a special consultant of the United Nations to the Government of Malaysia in the area of applied mechatronics and manufacturing, and as a participating guest at the Lawrence Livermore National Laboratory in their Precision Engineering Program. He has testified in a number of patent cases, including testifying at the International Trade Commission (ITC). He currently serves on the Board of Directors for the Society of Manufacturing Engineers, the National Center for Manufacturing Sciences, and the National Center for Defense Manufacturing and Machining, and on the Board of Trustees of the MT Connect Institute. He is also the President Elect of the Society of Manufacturing Engineers. His research focuses on the design and development of advanced systems targeting the automotive sector (OEM and supplier) including vehicle and production systems. He has significant experience in high precision manufacturing and metrology systems. He has received numerous awards including a National Science Foundation (NSF) Young Investigator Award, an NSF Presidential Faculty Fellowship Award, the ASME Pi Tau Sigma Award, SME Young Manufacturing Engineer of the Year Award, the ASME Blackall Machine Tool and Gage Award, the ASME Gustus L. Larson Award, an ASME Swanson Federal Award, and the SME Education Award. He is a Fellow of the AAAS, the SME and the ASME.

Sponsor: Prof. Kurfess’s talk is co-sponsored by the University Lectureship Committee and the Bucknell Institute for Public Policy.

Posted by awolaver on October 16, 2017
Comments Off on Big Data, Cyber Security, and Privacy: Can we have all three?