By Will Bordash ’18 and Brayden Zimmerman ’20

Two weeks ago, we looked at Party Identification, Ideology, and Economic Optimism. Here, we look to see what role economic optimism played (if any) in the 2016 Presidential Election.

To begin, we analyze the relationship between economic optimism and the favorability of the major candidates. Similar to our other reports, we code being economically optimistic as expecting a pay increase within the next 5 years, being pessimistic as expecting a pay decrease, and neutral as expecting the same pay. To avoid the confounding variable of age, this report focuses only on those born between 1960 and 1990. We begin by looking at the mean favorability on a scale of 1-10 of the different major candidates grouped by economic optimism. 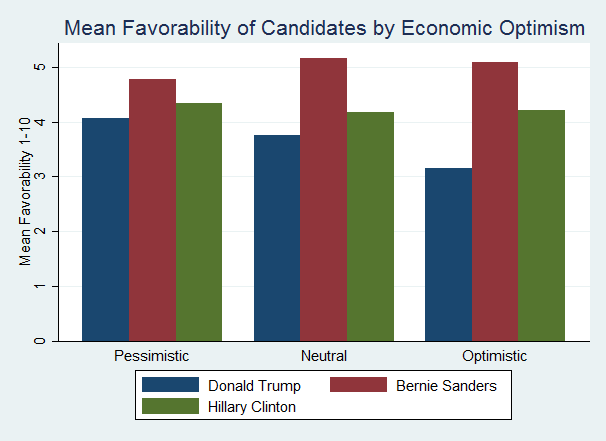 These two politicians ran on a message of change. It can definitely be argued that while Sanders’ message was dark at times, President Trump spent much less time projecting positive messages about the current state of affairs. The current President came across as a savior to many of those feeling beaten down, which this result validates. Overall, it is interesting, but expected, that Sanders appealed to those who were optimistic and neutral, while Trump did better with those who were pessimistic about their future. 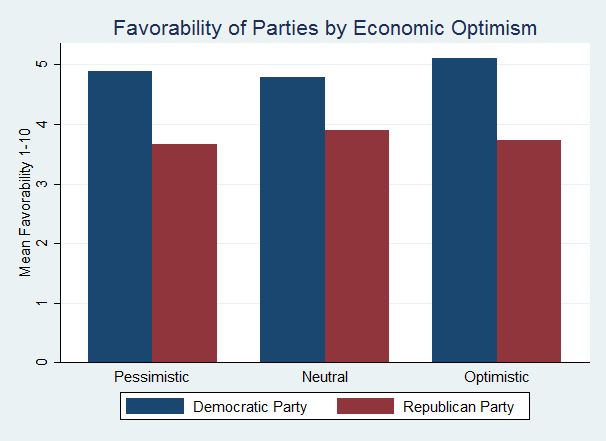 We again find that there is no statistically significant difference in favorability of the Republican Party vs. the Democratic Party among those who were economically optimistic, pessimistic, and neutral. For a discussion on differences in optimism among those with different ideologies and party identifications, see the last report. 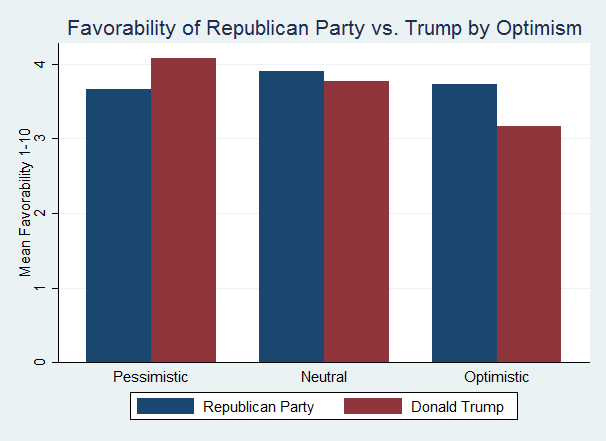 Figure 3 Economic Optimism and Favorability of Republican Party vs. Trump

These are all interesting findings that help to shed light on the connection between economic optimism and the 2016 election. Although it won’t be tested here, it seems as if our findings support the idea that Trump voters were more pessimistic. They also support the “voter revolt” theory, namely that voters unhappy with their current situation vote for the candidate promising large changes to the political system.

This report concludes our discussion of economic optimism. We now turn our sights to our nation’s sentiment on political fairness and public opinion on our foreign and domestic policies.

Posted by Will Bordash on March 24, 2017
Comments Off on 2016 Presidential Election and Economic Optimism