Freedom of Speech on Campus: When Does it Matter Most?

Written by Will Bordash ’18 and Brayden Zimmerman’20

Freedom of speech is the foundation of American democratic life.  A recent Rasmussen Reports national telephone and online survey found that 73% of people agree with the famous line: “I disapprove of what you say but will defend to the death your right to say it.” This issue is especially important on college campuses, as there are some very controversial things being discussed and taught. Are there cases, though, where people would agree with restricting speech? We attempt to answer that question below.

Using data from a nationally representative survey conducted in early September 2017  (see details on methodology at this link), we look to see when people are okay with restricting speech on college campuses that (a) some people perceive as offensive to racial minorities; (b) challenges the dominant political perspective on campus; (c) some people perceive as sexist; and (d) threatens violence against others. We break it down by race and political party. 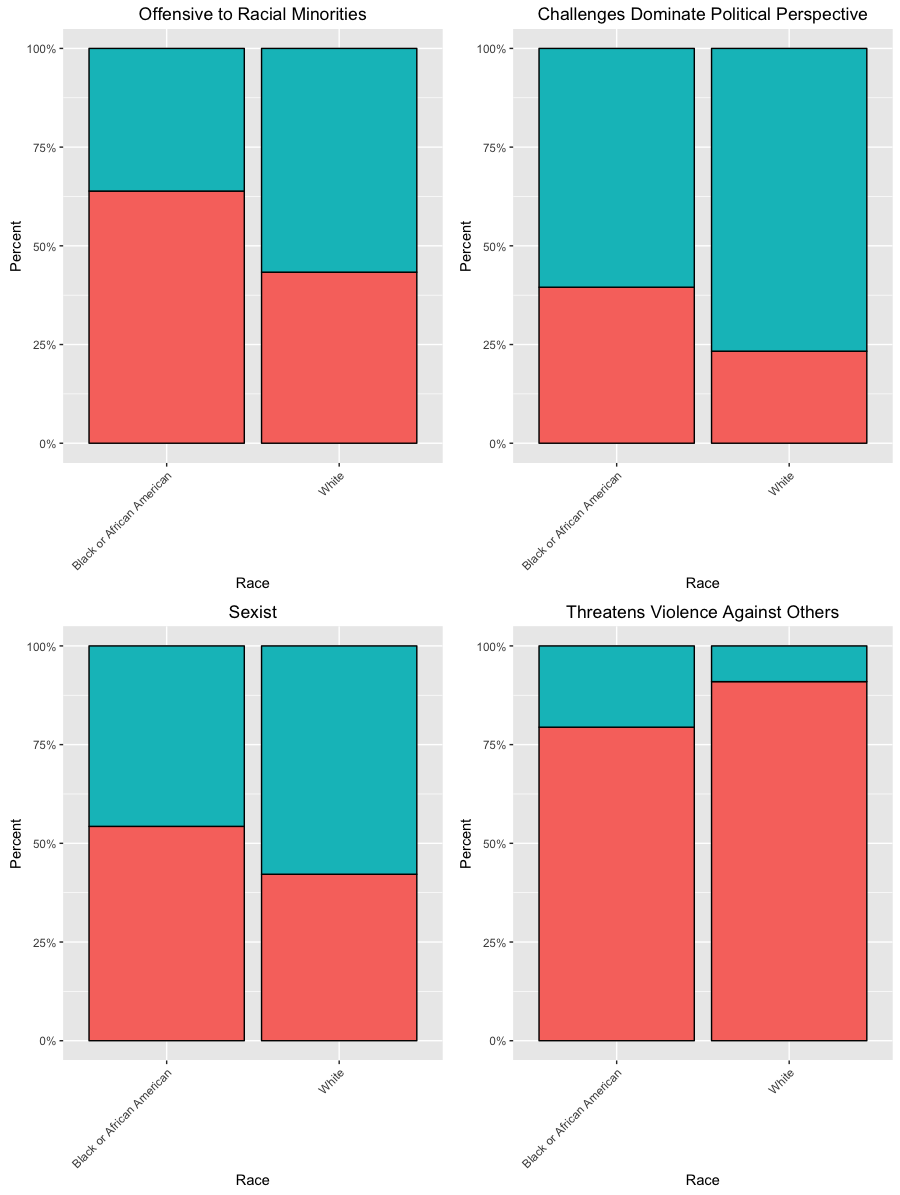 Figure 1. What Should Colleges Restrict: Race

This graphic tells a broader story though. While the majority of people say they support freedom of speech, we find here that there are in fact cases where people support restricting speech.  Do republicans and democrats agree on the type of speech that can be restricted? We attempt to answer this question below. 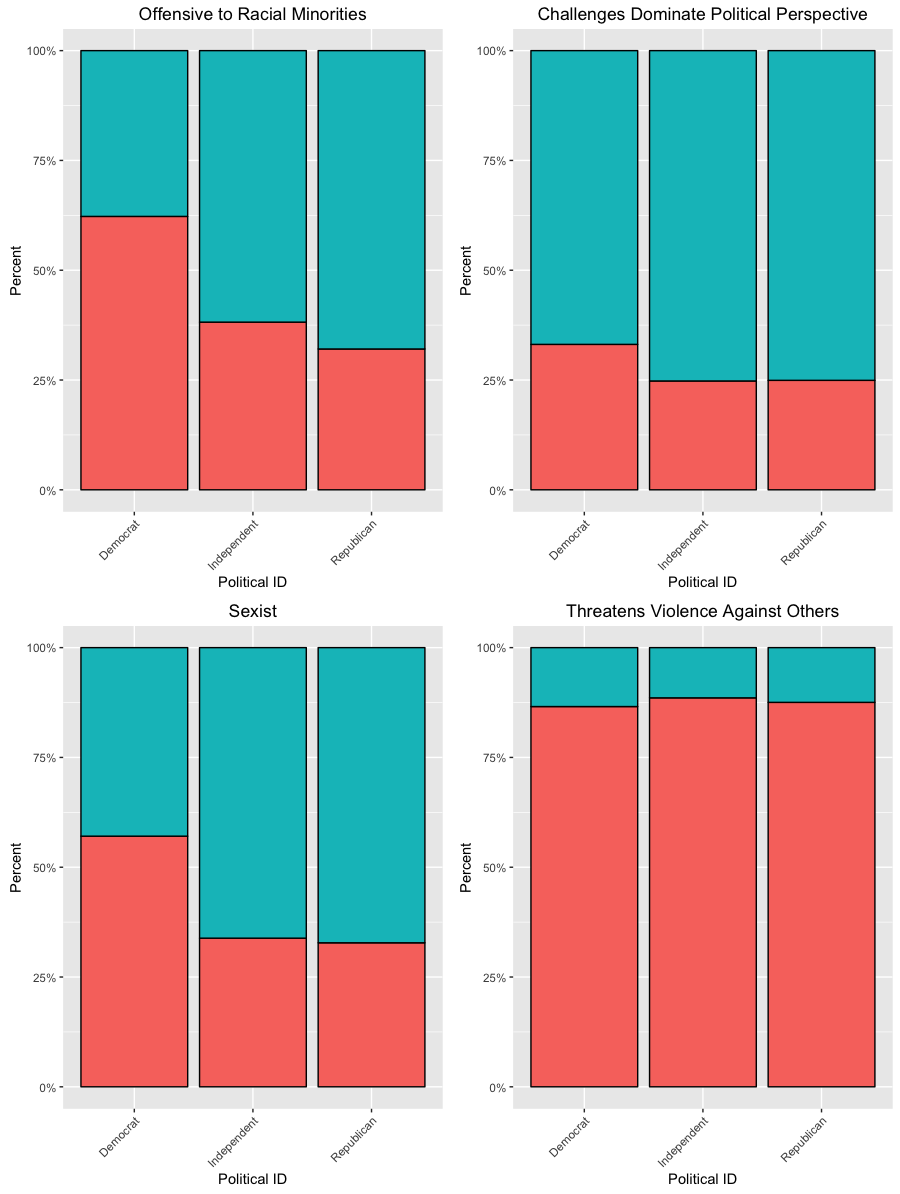 We find that the majority of democrats believe speech should be restricted that is offensive to racial minorities, while only around  30% of republicans agreed. We find a very similar result for speech that is considered sexist as well. Interestingly, democrats and republicans were just as likely to agree to that speech that threatens violence against others should be restricted. We also looked into differences related to gender and age. We found that men and women tended to agree for each type of speech except for speech that some people perceive as offensive to racial minorities. A majority (51%) of women believed that colleges shouldn’t be able to restrict speech perceived as offensive to racial minorities, while a majority (58%) of men believed the opposite. We also saw that there were no major generational differences, leading us to be believe race and party are probably the strongest predictors.

We see that, although many people say they support freedom of speech, there are times where they think it should be restricted on college campuses. The next report will focus on the politics of the college admissions process.

Posted by Will Bordash on November 10, 2017
Comments Off on Freedom of Speech on Campus: When Does it Matter Most?