Written by Will Bordash ’18 and Brayden Zimmerman ’20

Affirmative action, a process which encourages universities to use an applicant’s race as an admissions factor in order to increase racial diversity, in college admissions has been in and out of the public spotlight for the past few decades. In 2016, the Supreme Court upheld that affirmative action is constitutional and that the Texas Public school system can use race as an admissions factor by a vote of 4-3.  This decision came after the court decided to hear the case of Fisher v. University of Texas at Austin for a second time.  In 2012, it originally heard the case and opted to send it back down to a lower court for further review.  A federal appeal court banned affirmative action at the states’ universities in 1996.  However, this decision was overruled by a Supreme Court decision in 2003.  Now, in 2017 with a new president, affirmative action has received new attention. Back in August, the NY Times reported that the Trump Justice Department was looking for lawyers willing to get involved in a project, “related to intentional race-based discrimination in college and university admissions.” However, we haven’t heard much about Affirmative Action since that report.

Using data from a nationally representative survey conducted in early September 2017  (see details on methodology at this link), we look at respondents’ sentiment to the college admissions process. First, we look to see how important people believe certain factors should be when college admissions offices are deciding which students to admit to their college or University. Second, we analyze the belief that colleges are too concerned with diversity by racial and political groups.  Instead of only looking at race, we broke down white respondents (~75% of total respondents) by their self-identified political party as well. 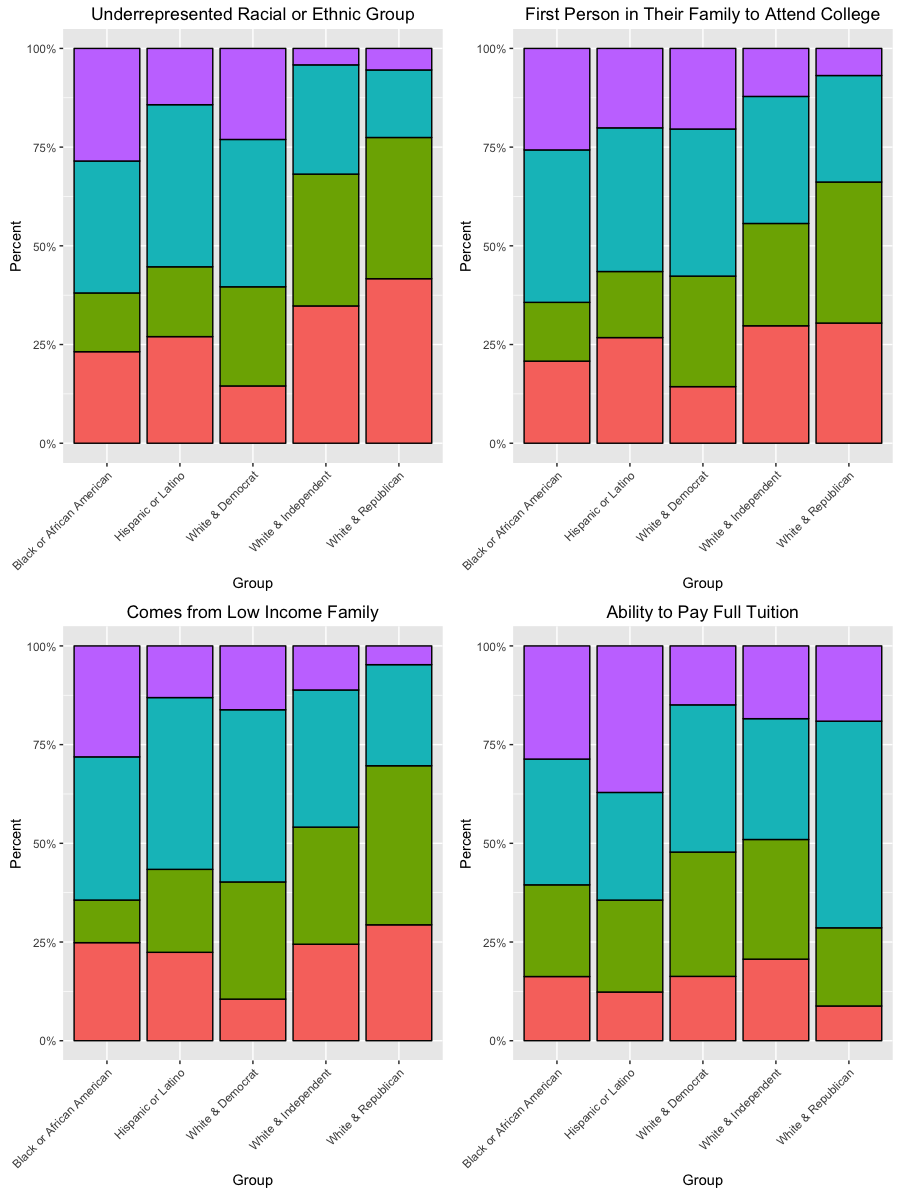 This trend follows itself for the factor: comes from low income family as well. Although more African American’s thought this factor was not important at all than white democrats, we see that the two groups have very similar beliefs again. Also, almost half of both white independents and Hispanic’s or Latino’s believed this factor isn’t important, while the other half believed it is important. 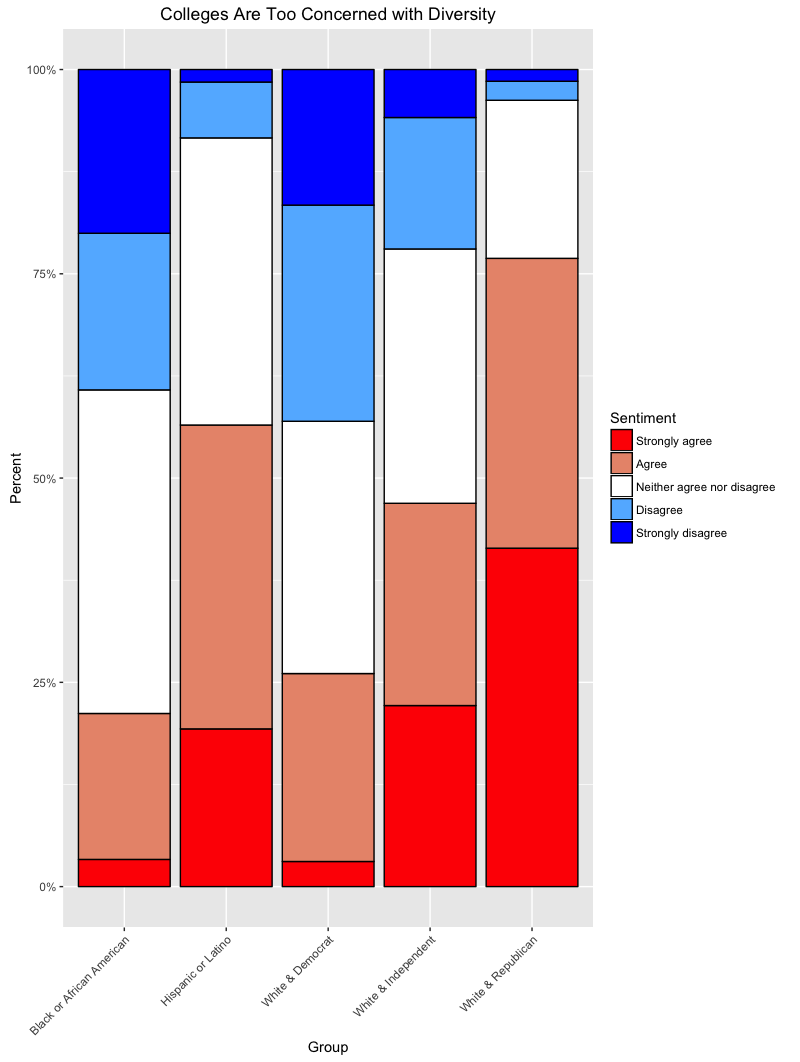 Here, we see again that African Americans and white democrats had very similar views. We find that almost a majority of white republicans strongly agreed that colleges are too concerned with diversity, and that over 75% of white republicans agreed. We find, very interestingly, again that Hispanics or Latino’s and white independents differed only minimally in views about this issue-  around half of both groups believed that colleges are too concerned with diversity.

Posted by Will Bordash on December 6, 2017
Comments Off on Race, Diversity, and Admissions