Economic Optimism, Before and After Trump

Over the past year and a half, we have analyzed many different issues using data from two nationally representative surveys that were conducted in 2016 and 2017 (see details on methodology at this link). We will now compare results from questions that appeared in both surveys, and see if sentiments changed from 2016 to 2017. One interesting question we would like to answer is, did the 2016 Presidential Election, which occurred between the two surveys, have any impact on opinions or beliefs? 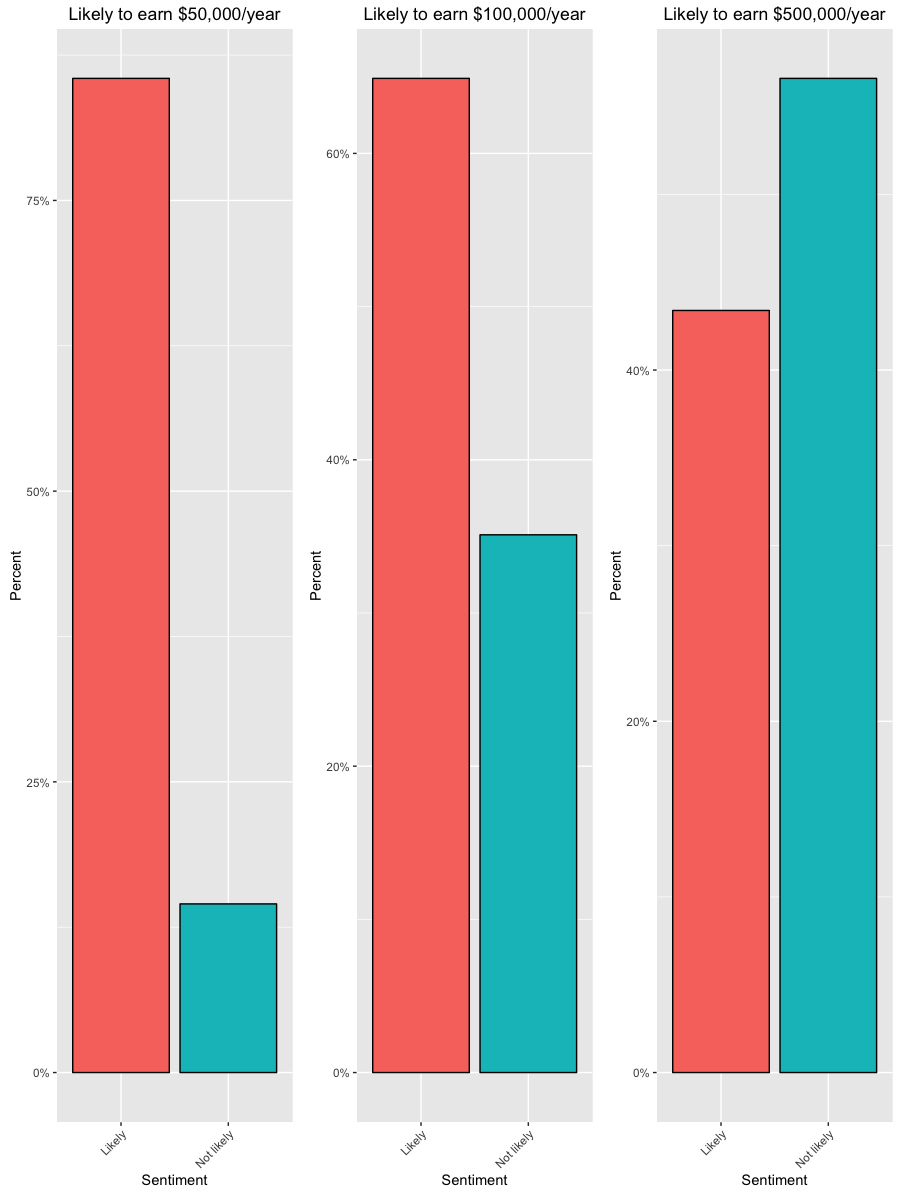 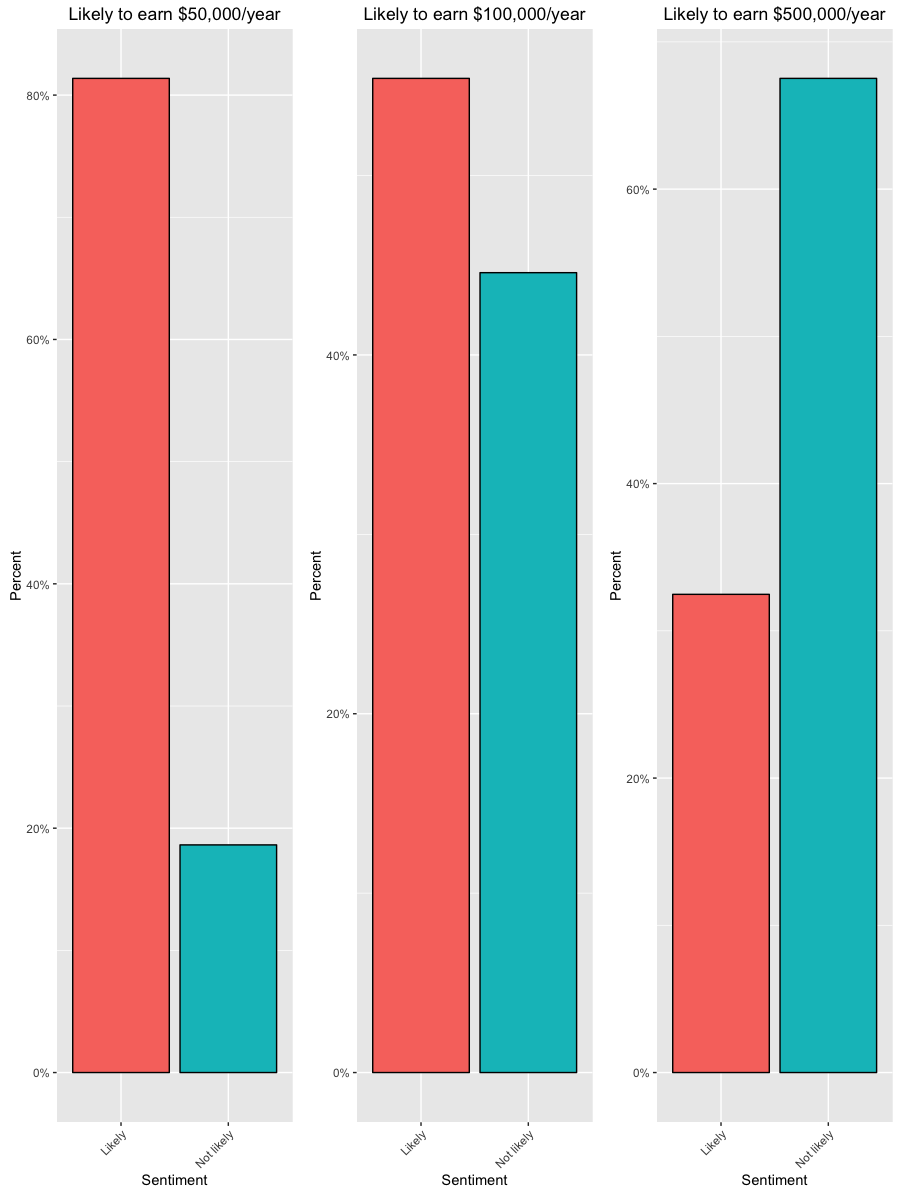 Is it that everyone has lost faith in the economy, or are we seeing a partisan divide, given that a very controversial republican is in office? To attempt to answer this, we will look at the breakdown by party before the election in 2016, and after the election in 2017. Below is the figure for responses from 2016. 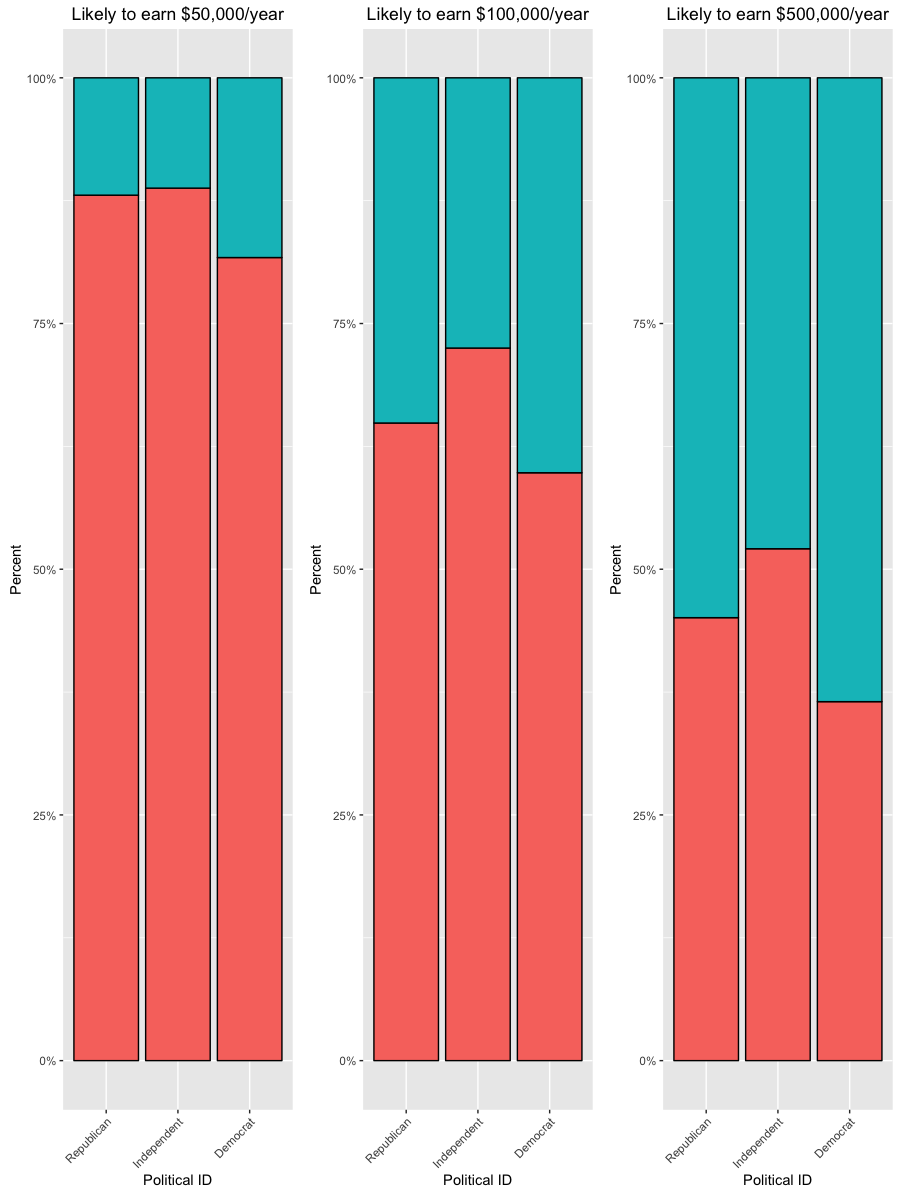 We see that each party had relatively similar distributions to the others. Now we look at 2017. 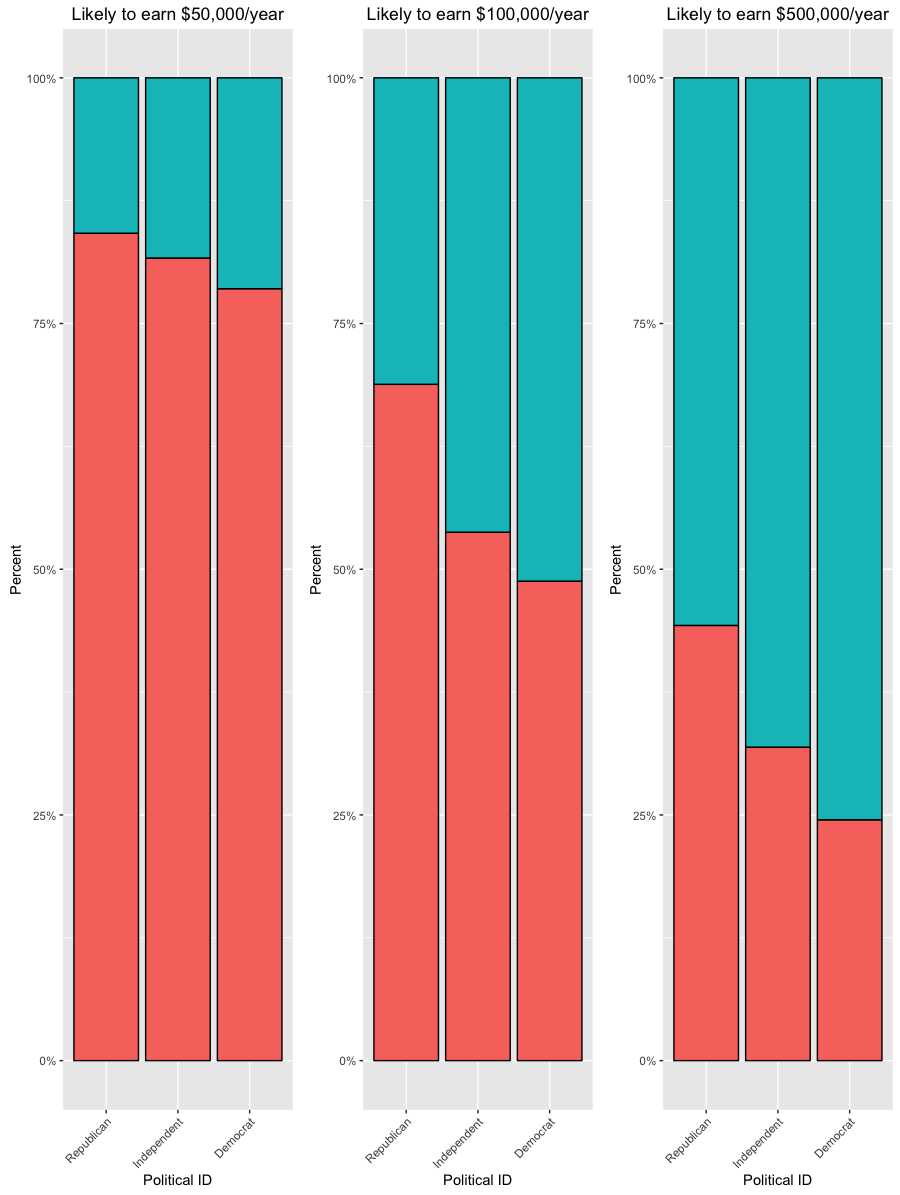 Here’s where we we see something interesting. In 2016, there wasn’t any real difference we could find between parties. In 2017, we can see that republicans were more likely to believe that the child could overcome their situation than were democrats and independents for all three parts of the question: will likely earn $50,00, $100,000, and $500,000. We see that while there is only a small difference in the percent of republicans to answer it’s likely the child will earn $50,000 and it’s likely the child will earn $100,000, there’s a large, over 25% drop for the democrats.

We find that Republicans were the most likely to believe that a child whose born into a family with combined earnings of $25,000 could overcome the situation and make $50,000, $100,000, and $500,000 in 2017, while this was not the case before the election in 2016. This finding supports the argument that after the election, democrats had less faith in the economy and believed economic mobility was less likely than before the election.

Check back in the next few weeks for more analysis!

Posted by Brayden Zimmerman on February 20, 2018
Comments Off on Economic Optimism, Before and After Trump