Title IX in a Post-Kavanaugh World

Brett Kavanaugh was sworn into the United States Supreme Court on October 6th, 2018. A highly controversial nomination, Kavanaugh’s confirmation highlighted the difficulty in ascribing the fundamental principle of fairness to both parties in sexual assault proceedings. Innocent until proven guilty, the central principle of the United States’ legal system, balanced against a responsibility to protect those who allegedly experienced a sexual assault. The nation was divided; some believed that Kavanaugh’s due process had been violated and others, that the nation should believe survivors. Universities often feel the effects of decisions made in Washington and the Kavanaugh appointment was no exception.

The Trump Administration is currently releasing new Title IX guidelines that would replace those set by the Obama Administration’s “Dear Colleague” letter. These updated guidelines would allow accused students to cross-examine accusers, universities to use ‘clear and convincing evidence’ as a higher standard of proof, and narrow the definition of sexual harassment. In light of these new guidelines and the divisions exposed by the Kavanaugh appointment, in a nationally representative survey, the Bucknell Institute of Public Policy asked individuals if campus sexual assault procedures should protect accusers (even if some people are punished for things that they didn’t do) or the accused (even if some people guilty of assault are allowed to go free). 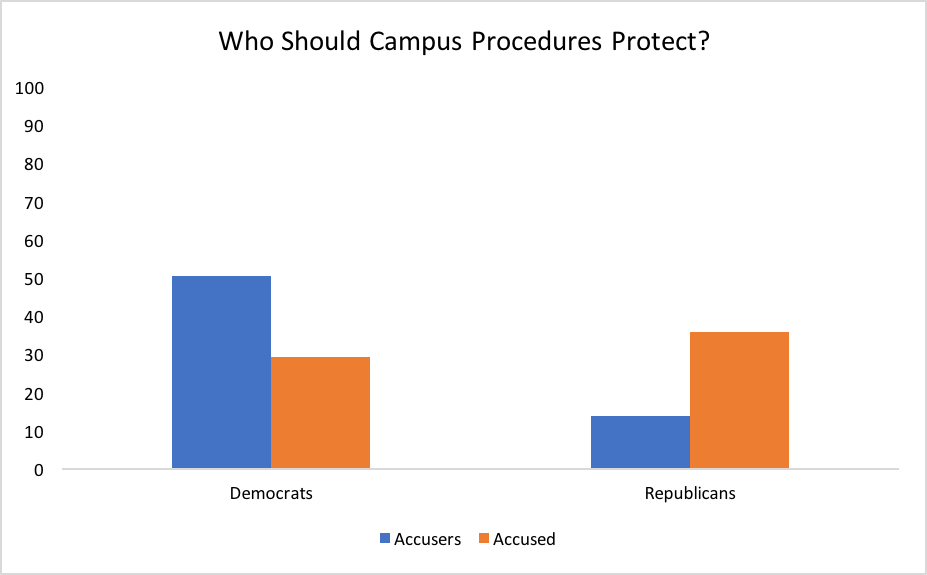 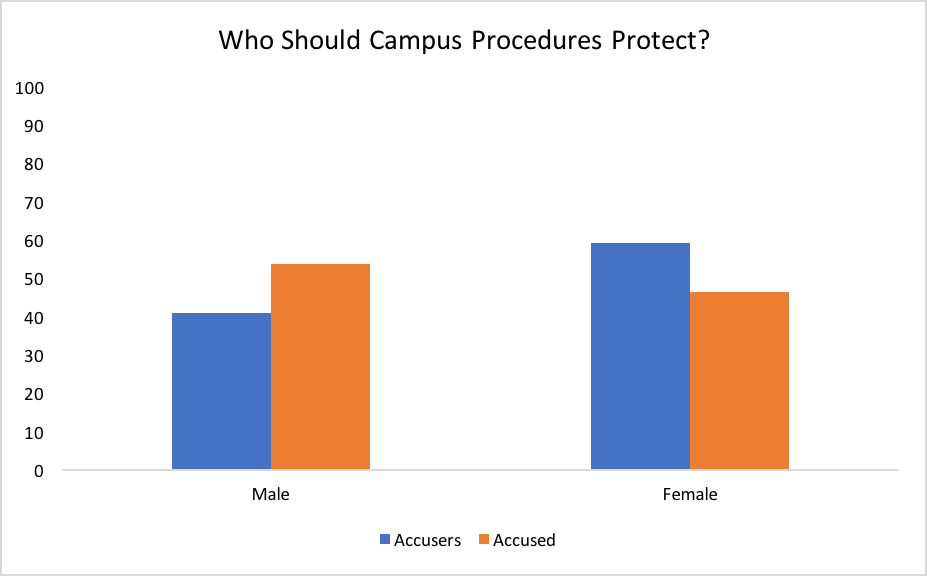 Brett Kavanaugh’s appointment to the United States Supreme Court highlighted the difficulty between protecting someone’s right to due process and preventing harm to an alleged sexual assault survivor. The Trump Administration’s new Title IX guidelines will only continue to highlight the growing debate in both higher education and on the national stage. Who should we protect and why?

To see how opinions have changed in a post-Kavanaugh climate, feel free to read “What the Brett Kavanaugh Controversy Teaches Us About Higher Education’s Sexual Assault Procedures” on the Bucknell Institute of Public Policy’s blog.

Posted by Nicole Marrone on January 23, 2019
Comments Off on Title IX in a Post-Kavanaugh World