Two-Terms of Trump– What do Republicans Think?

In the past few weeks, numerous Democrats have declared their intent to run for President of the United States in 2020 against incumbent President Donald Trump. However, as the number of players on the left side of the field increases, Donald Trump remains the sole prominent Republican candidate in the 2020 election. Throughout President Trump’s first term, there has been a division within the Republican party; some individuals support Trump vehemently and others disavow him. In a nationally representative survey conducted by YouGov.com, the Bucknell Institute of Public Policy asked individuals whether they hoped another Republican would challenge Donald Trump’s bid for presidency in the 2020 election. 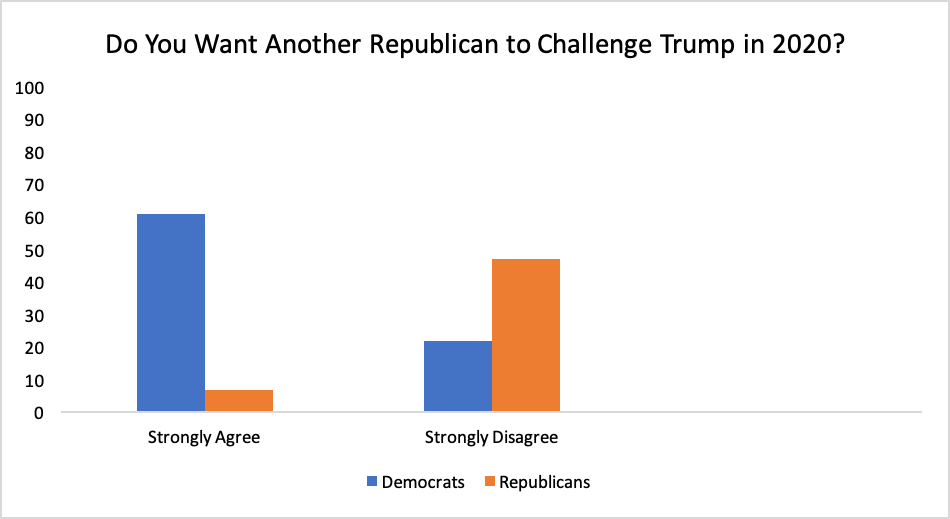 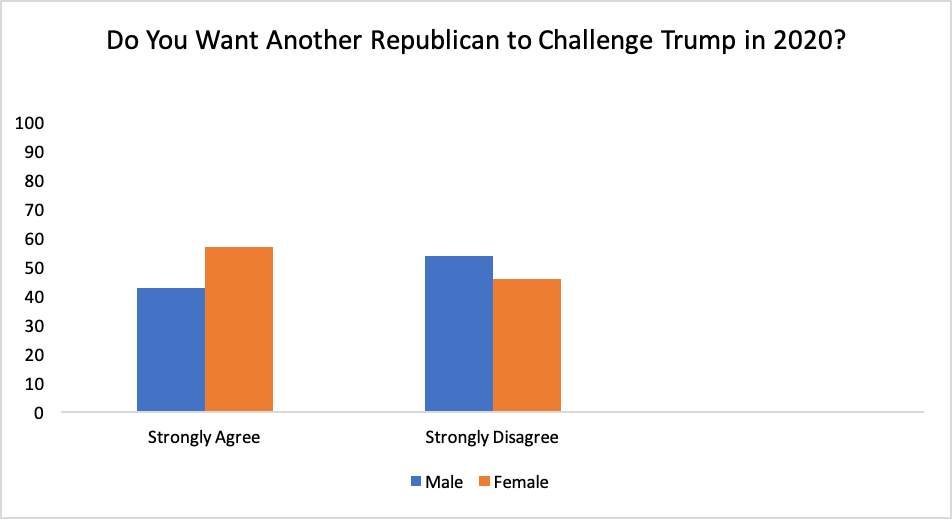 As we move forward in the election cycle, it will be important to notice how attitudes towards President Trump as the sole Republican nominee for 2020 shift. As an incumbent president, with a good economy and no signs of war, President Trump would seem to have the upper hand and be considered a strong candidate for a two-term presidency. However, as seen above, the population can be relatively split on their support for President Trump and if another Republican runs in 2020, it would appear it could be a contentious race within the RNC.

Posted by Nicole Marrone on February 26, 2019
Comments Off on Two-Terms of Trump– What do Republicans Think?